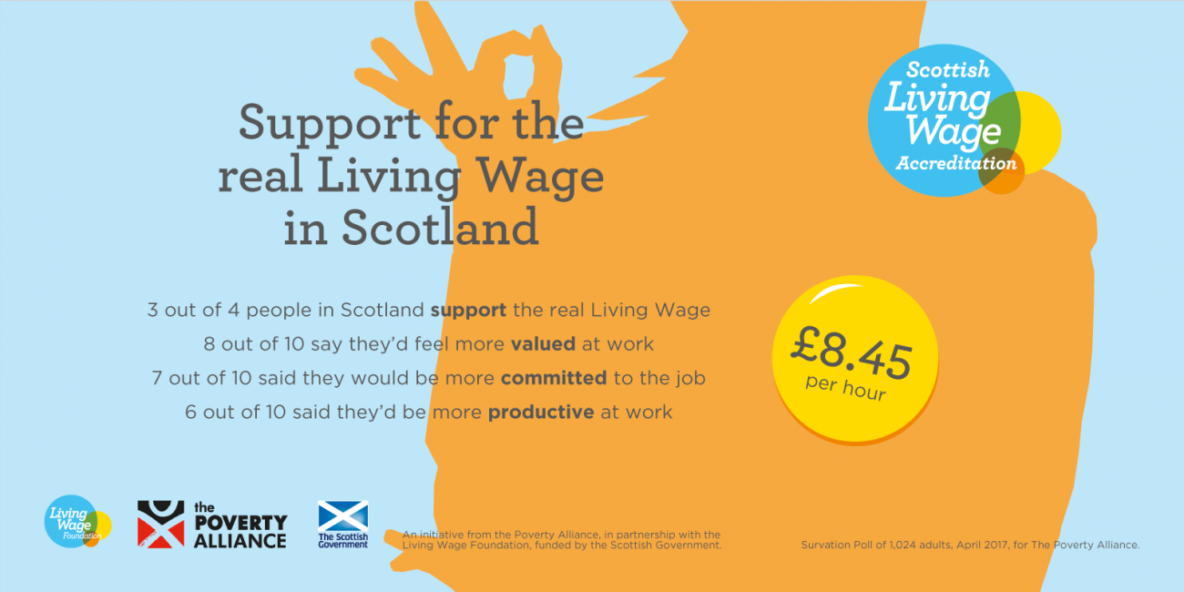 We are thrilled to have gained accreditation under the Scottish Living Wage initiative.

What is the Scottish Living Wage Initiative?

How is it different from the government’s ‘national living wage’?

In April 2016 the government introduced a higher minimum wage rate for all staff over 25 years of age inspired by the Living Wage campaign – even calling it the ‘national living wage’.

However, the government’s ‘national living wage’ is not calculated according to what employees and their families need to live.

For under 25s, the minimum wage rates also take into account affordability for employers.

The real Living Wage rates are higher because they are independently-calculated based on what people need to get by. That’s why they encourage all employers that can afford to do so to ensure their employees earn a wage that meets the costs of living, not just the government minimum.

The National Minimum Wage (including the “national living wage”) is the legal minimum an employer can pay an employee. It is set by the UK Government.