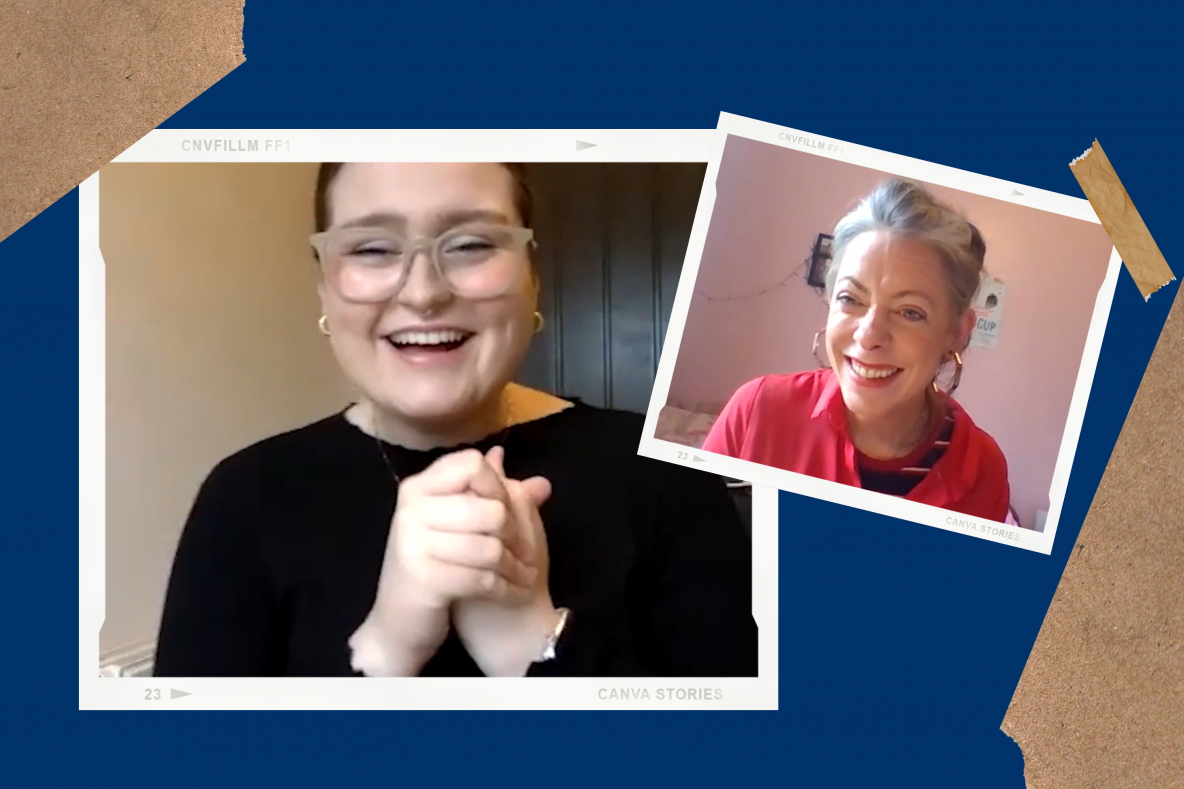 Meet Amy Murray, a deaf actor with a passion for bringing BSL to life in her performances, and one of our deaf role models. She shares her story, alongside her former tutor Claire Lamont, in the video below.

Amy’s journey started with a love of the arts that turned into a dream to become an actor. But like many deaf people, she felt hesitant about whether this route was a possibility for her as she didn’t see other deaf actors when she was growing up. Luckily, she found a small club for deaf people to learn acting skills and found herself captivated by the experience. When it was over, she found herself wanting more – that’s when she found her way to the Royal Conservatoire of Scotland (RCS).

Following a short course linked to the RCS, Amy was more confident than ever that this was the career path for her. She applied to study BA Performance in British Sign Language and English, the only one of its kind in Europe. Amy shares her experience of the audition process:

“I was ecstatic but nervous because it was the first time that I’d ever been in an audition process, and I was not sure what was required. I practiced and practiced. I had to do a devised performance and a monologue… I was smiling but my legs were trembling”

Her nerves did not stand in the way of her making a great impression and being offered a place. Amy’s experiences during her time on the course were positive, making lifelong friends in the process. Not only did she gain a lot personally, but the course also helped her to make huge steps professionally – she was offered a job on The Witcher: Blood Origin, a production streamed on Netflix:

“Looking back to three years ago I sometimes image what if I never went to that course, I wouldn’t be here and so it’s wonderful and I would love it to carry on”

Let Amy’s story be a reminder to you to never give up on your dreams, no matter how big the barriers may seem. If you want to step into the spotlight, BA Performance in British Sign Language and English might be the one for you.

Do you have a story to share that will inspire deaf people to follow their dreams? We would love to hear it! Send us your stories today. You might even feature on our deaf role models series.