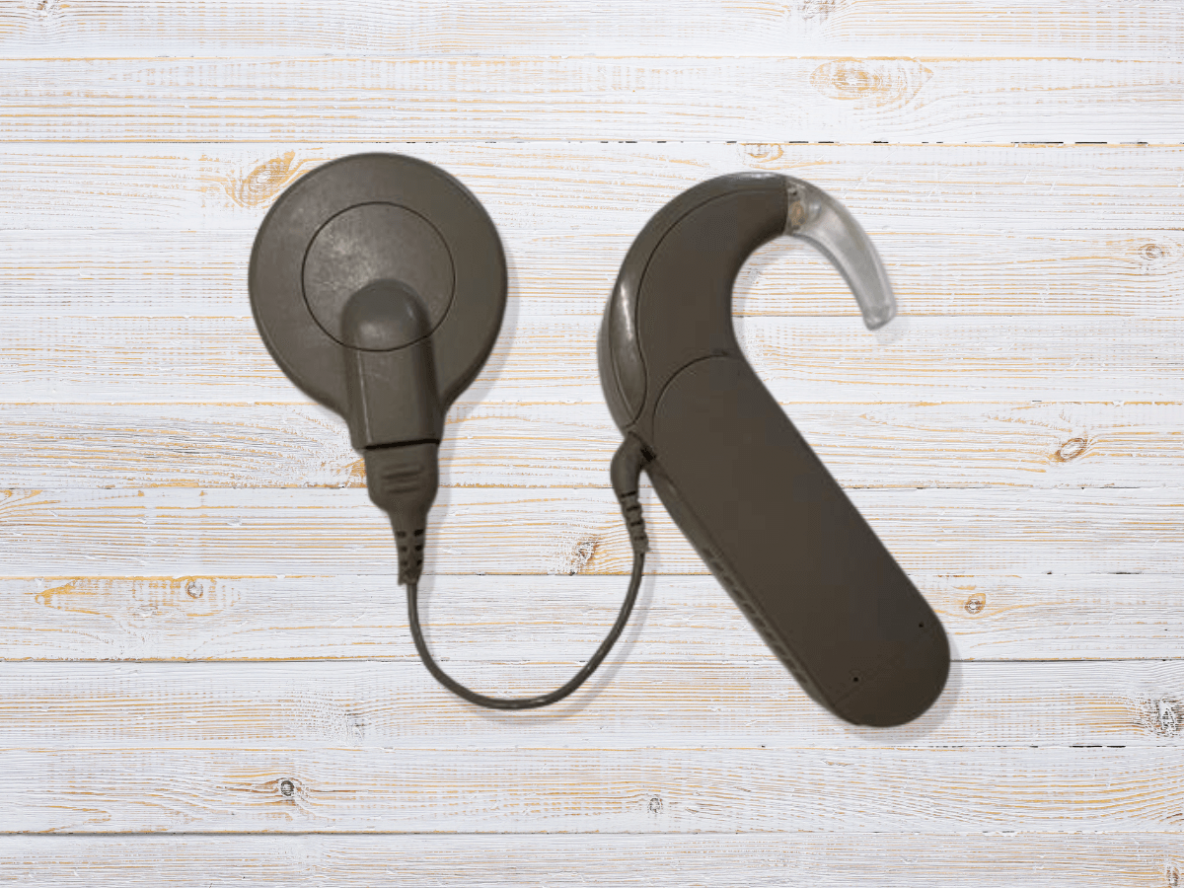 Recently, there had been much discussion within the deaf community around the film, ‘Sound of Metal’. For anyone unfamiliar, Sound of Metal follows the story of a heavy metal drummer, played by Riz Ahmed, as he comes to terms with his hearing loss.

With so much discussion and hype surrounding this topic, I have been reflecting on my own hearing loss journey. Here’s my story.

I was born deaf, into a deaf family. I wore hearing aids, like many others in my family. For me, deafness was just our way of life.

In 2010, I attended an appointment at my audiology department to report a faulty hearing aid. I left with new information; that the fault was not with the hearing aid, but with my own hearing. I could no longer hear anything in my left ear, even with a hearing aid.

The loss in decibels, on paper, didn’t look like much. But the impact was huge. I had worn hearing aids since I was four years old, to enhance the little hearing I had. So to have zero hearing meant a life changing experience for me.

I could no longer hear people’s voices at all; it became a real challenge to maintain my previous level of communication. Understanding colleagues, family members and people who do not use sign language became a new barrier for me.

I have a good level of speech for a profoundly deaf person, a valuable asset. Maintaining that became a challenge as I could no longer judge the environment I was in, and I feared my speech may become a liability.

My brain, the listening function, was still as active as ever. Just because my hearing was gone (due to the hair cells in the cochlea part of the ear ceasing to function), my brain has not stopped. When this happened, my youngest child was two. I couldn’t hear him at all, but my brain was telling me I could – I was developing tinnitus.

The tinnitus became tiring, as it was constant.

I wasn’t enjoying social gatherings or entertainment as much as I used to. Conversations were difficult to follow – people would speak to me as they always had, not realising I was struggling. For them, nothing had changed, as I have always been deaf. For me, everything had changed.

It was a fascinating journey, as I debated whether I would want such a hearing aid that involves an operation in my head. The idea seemed so unnatural. It carried risks, and frankly, it was frightening. But there was potential to restore some of my hearing, and that was exciting.

I sought advice from the expert teams. They gave me balanced advice and helped me weigh up the decision. They made sure that I was under no illusions that it would work, or that it would cure my tinnitus. Cochlear implants are often lauded as a ‘cure’ for deafness, and that’s certainly how they are marketed, but that isn’t the case. For example, music will never sound the same as it did before. The medical teams were clear that I shouldn’t get my hopes up, and I was grateful for the no-frills approach.

Everything went smoothly, from consultations and in-depth discussion, to arranging interpreters – except for a request to telephone the clinic to confirm my attendance for the surgery. Not very deaf-friendly!

The operation was straightforward, despite my worries about being the one percent who have facial paralysis and other problems. When I woke up, the first thing the surgeon did was slap my face, because he knew I was particularly worried about this and wanted reassurance! Thankfully I only had minimal side effects, plus the expected soreness from the procedure.

The next stage was the ‘switch on’, followed by many appointments to fine tune it.

When I left the hospital and walked to the train station, sounds jumped out at me and felt loud, painful. There were crowds of people walking alongside me, and I made the connection between this sound and their footsteps. High heels were the worst! When I got home, I had to ask my children to be quiet as the sounds were so uncomfortable.

It became clear that my brain had never heard high frequency sounds before and so honed in on them.

I lost my ability to think clearly and to remember – a real challenge when you are the CEO of a charity! I started to worry it was the onset of dementia, so I read journal articles linking hearing loss to cognitive function. The brain has to expend so much energy on hearing that it neglects other functions like memory.

This settled over a few months, and I could think clearly again, as well as pick out more distinct noises. I could hear the doorbell; the phone ringing; I could differentiate between male and female voices. However, voices sounded different to me now, and I learned that I had been mispronouncing certain words, such as ‘accent’ – through lipreading and hearing aids, I had no idea it’s pronounced ‘ak-sent’.

My confidence to speak to people nose-dived. In addition, I could now hear my own voice, I knew I was saying things wrong, but I didn’t know how to correct myself. My own voice sounded so loud to me that I turned it down, then people told me I was speaking too quietly.

How was I supposed to learn it all?

My objective when having a cochlea implant was to be rid of my tinnitus. I am pleased to say that the tinnitus had completely gone. The added bonus was that I could hear sounds. My aim was achieved, so why do I still feel low? I realised it was going to take me a long time to adjust to my increased hearing

I took pleasure in the small steps of progress. I could hear bicycle bells on the canal towpath and move out their way. I downloaded music and trained myself to understand the lyrics. I attended conferences without interpreters. I eventually braved social events with hearing people and rediscovered my confidence.

Every person who has a cochlear implant will experience a different journey, depending on the level of hearing they’ve had through their life. Nowadays, deaf babies are often given bilateral cochlear implants, so they will not know anything other than that. I was told the cochlea would bring back what I had lost, however, the range of hearing I have now, is greater than I have ever had.

Yes, it came with its challenges, and at times, I regretted my decision. But looking back, I know I made the right decision for me.

Someone told me it is like rehearsing for a play. We rehearse and rehearse, then one day it will all come together beautifully. It did for me.

Please comment if you have any views or points regarding this article.